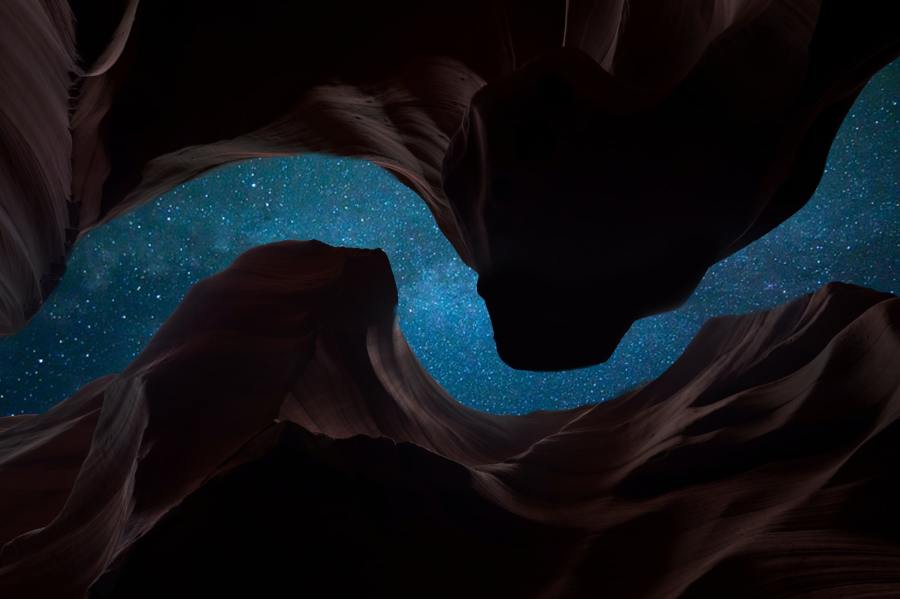 I recently had a rather incredible conversation with some fellow polytheists that ultimately ended with them expressing the following sentiment to me: if I want to make a tradition, my tradition, I ought to just go ahead and do it.

Sounds obvious…but, this is something I have been struggling with for some time, despite having had a regular polytheistic practice for many years now. Recently, I have felt inspired by other polytheists I know – a few of these folks being the ones who encouraged me during the conversation referenced above – who have not only reconstructed ancient religions for modern times, but have established or are working on establishing their own specific traditions / versions of those reconstructed ancient religions. As in, their traditions not only draw from, say, “Anglo-Saxon Heathenry” or “Celtic Polytheism” (as foundations), but also from their unique identities as people, the lands they currently live on, their preferred aesthetics, and the various other influences they feel called to include (because they understand that even in ancient times, syncretism and overlapping cultural influences were the norm, not the exception). These folks have living, breathing hearth cults. They have moved beyond “recon” and have moved into, as a friend and fellow polytheist colleague of mine coined, “post-recon” territory.

What is “post-recon”? It’s a new type of paganism, or more specifically, modern polytheism, that emphasizes, as the name implies, what comes after reconstruction: actually living the reconstructed religion. Many “recon polytheists” get trapped in academic purgatory…they essentially research themselves into stasis. An obsession with accuracy ends up leading one down a path of stagnation rather than illumination. At some point, we must put down our books, cap our highlighters, and start actually practicing something. And that “something” needs to be meaningful; it needs to be alive. Living things draw from their surroundings, they grow and adapt, they are diverse, they are vibrant and multi-faceted. Such a religion might have a basis in history, as is necessary to reconstruct it in the first place, but it has a future in modernity: the ways the people of now actually follow it.

Returning back to my struggle: I recently made the decision to pursue “post-recon” status, but I felt suddenly paralyzed by imposter syndrome, a feeling of “I am not qualified to do this.” After all, some of the folks who have successfully done work like this have followings – other folks who practice their specific tradition, for example. Many of them have official documents for their traditions, they are working on writing books, they have years of experience leading rituals or administrating large online polytheism chat servers, they have made entire websites to help beginner Heathens, and a slew of other impressive achievements. I have done none of these things. I simply have my art, my poetry, and my private practice, that I have only now decided to write more publicly about. What gives me the right to create a specific modern polytheistic tradition grounded in history but unique to me? Don’t I need to be some kind of expert in something to be able to move from “recon” to “post-recon”?

The truth, it turns out, is that I have every right, and I do not need to be some sort of “expert.” I can get started right now. I don’t know why needing to hear this sort of validation, out loud, was necessary for me, but it was. I appreciate and give thanks to the folks who took the time to talk to me and encourage me. One of them made a very poignant statement about this whole “building new traditions” business: in short, if not us, then who? Nobody is going to do this work for us. We need to “create the polytheistic cultus we want to see in the world,” essentially. The person who created that website for beginner Heathens mentioned how the only reason she even decided to start that particular project was because she really wished it had existed when she was new to Heathenry. “I saw that something was missing, and really wanted to fill that void.”

Well, I have a void, and now it’s time for me to fill it.

Though this blog is new, my practices in polytheism are not new: I’ve been at this for years. Exactly a decade ago, I embraced paganism (generally) for the first time, and since then I have grown into this pretty passionate polytheist with Jewish roots. I initially started out drawing from the Orphic Hellenic cult, as well as the Greco-Roman-Egyptian syncretism present in ancient places such as Ptolemaic Alexandria, but recently, I have felt called to shift my focus to the ancient Levantine cultures / religions that would have influenced what eventually became the Jewish people. While I will always feel an important connection to the Orphic cult, and will definitely continue to take part in the Orphic mysteries (especially with my very Orphic-influenced witchcraft coven, the Living Crossroads), I don’t think my hearth cult or “post-recon” household tradition – my daily practice, specifically – will have much to do with it. For that, I feel strongly that the practices of the ancient Israelites and Canaanites is the realm within which this project belongs. I cannot simply shed the Jewish part of my identity, nor do I want to…I want to reconnect with the ancient ways of the peoples who came before me, who inspired the traditions I grew up with (even though a lot changed leading up to and throughout the diaspora, including a monotheistic preference), not because I feel like I have to (modern polytheists need not focus on polytheistic practices related to their specific ancestries, for example), but because I honestly just want to. It feels like coming home.

But, interestingly enough, I think the name of my hearth cult – the religion I am hoping to reconstruct and then post-reconstruct, so to speak – can still be inspired by both my Orphic association and my interest in ancient Israel / Canaan. Not only did the ancient Hellenistic world mingle with the ancient cultures of the Levant, and vice versa, but the celestial imagery that speaks to me most from Orphism also shows up in Judaica / the Old Testament, and in ancient Canaanite myth:

“I am a child of Earth and Starry Heaven,

but my birth is of Heaven alone.”

Translation of the inscription on the Orphic gold tablets (from Richard Janko, “Forgetfulness in the Golden Tablets of Memory,” Classical Quarterly 34 (1984) 89–100, especially p. 99)

“And I will make thy seed to multiply as the stars of heaven, and will give unto thy seed all these countries; and in thy seed shall all the nations of the earth be blessed.”

“Run to me with your feet,

race to me with your legs.

For I have a word to tell you,

a message to recount to you:

the word of the tree and the

whisper of the stone,

the murmur of the heavens to the earth,

of the seas to the stars.”

And so, this feels like the best place to start when it comes to naming my reconstructed practice. If we look at the Hebrew…

Even just having those names established feels like a legitimate start to this project. The next task on my list is to define the worldview of this tradition. There is a general Levantine sort of worldview that I’d like to capture / recount, and then build off of to define my specific worldview, the one that goes with Derekh Kochavim, the tradition. I am looking forward to continuing this reconstructive process, with the ultimate goal of eventually finding myself in a “post-recon” state.